This is a story about the big deal; a multi-million dollar sale a friend of mine (I will call Scott) completed last year. The customer is a very large company with many separate lines of business but one that is highly visible to the public. As part of their need to improve the experience they provide to their customers, they knew they needed to make a major capital investment into their technology infrastructure but were holding off as long as possible.

This requirement had been around for many years and many times our company had tried to move it along. The timing was finally right and the opportunity looked like it might have a realistic chance of closing. This highly complex solution required a significant investment of time and money by us and our partners to even prepare and finalize the proposal.

To see how many times Scott had to make the sale to win the big deal watch this 90 second video..

So what did we see on the video – a few interesting twists and turns for sure? The first sale that had to be made was to the Inside team! Given all the stops and starts this project had endured over the years it is not surprising there was quite a bit of internal resistance. That meant Scott really had to work extra hard with the customer to really ensure this opportunity was real and worthy of the necessary effort. That meant doing initial collaboration with potential partners, doing preliminary cost workups for review and as much as possible proving this could be done on time and budget.

After finally getting internal buy in to commit to this opportunity, a local team restructuring threw another wrench into the process. Scott still owned the account but he now had a new Sales Engineer to bring up to speed, not just with the customer but with all the partners too.

Next, and after a massive effort to develop the solution in conjunction with the customer everything looked good and then Murphy’s Law struck again; the Chief Information Officer for the Customer announced he was moving to a new position with another company!

The good news is the new person was in place very quickly but like any new person trying to make their mark he had his own ideas of how to proceed. For Scott this meant he really had to restart the sales process all over again with the customer. This meant he had to handle a new series of questions, concerns and objections to keep this alive. He also had to keep the partners committed, as it is sometimes easier to walk away than recommit!

Bottom line is the big deal finally did close and did deliver but it was not easy.

The Big Deal can make or break your quarter or year but do not get so focused on them you lose sight of the day to day ‘bricks and mortar’ business flow.

Have a great week but before you go be sure to check out my online courses at https://www.takeactionsalesacademy.com

Also get my Daily 2 Minute Leadership and Sales Thought videos on my Facebook Group ‘Raise Your Sales IQ’ at
https://www.facebook.com/groups/399906394125860/about/

With over 40 years of experience as an Army Officer, a Sales Executive in both public and private companies and having been self employed, Wayne is a highly respected Sales Trainer, Coach and Mentor. Having published Sales Leadership: Distinctions With a Difference in 2015 he had now created a series of online sales training courses, tools and resources. 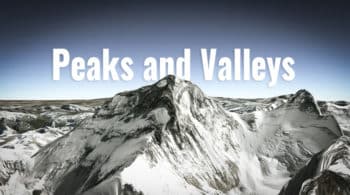 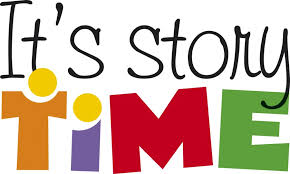